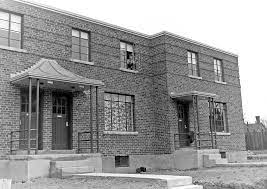 Austin C. Clarke was a Barbadian novelist, essayist and short story writer. He received his early education at Anglican schools in Barbados, and attended the University of Toronto's Trinity College.

https://en.wikipedia.org/wiki/Austin_Clarke_(novelist)
SUMMARY
This is the story of Henry, who has recently gotten married to Agatha Barbara Sellman-White. She is a white, educated and Jewish white woman, while he is a black West Indian immigrant. They reside in Canada and the reader is made aware of Henry's journey to get used to being married to a woman who is his polar opposite, whom he does not seem to understand. The story opens with Henry's friend, Boysie, wondering what has happened. He realizes that Henry's room is filled with books, which leads to Henry expounding on the frustrations of trying to get used to a different life. She awakens Henry, culturally and intellectually, which is uncomfortable for him, coupled with living in a society that does not allow him to stretch to his potential. He is frustrated and angry with this awakening. He is particularly fixated on the fact that Canada is a country of immigrants, but that some immigrants, the white ones, are accepted while the black ones, like himself, are subjected to discriminatory treatment on a daily basis. His wedding was disrupted due to race and he and his wife cannot get good housing, based on that same issue of race. The story ends with a poem that Henry wrote to his wife, one that identifies time as the major problematic issue in his marriage.

THEMES
Friendship
Boysie is a good friend to Henry. He listens to Henry complain about his wife and his new life and then highlights the positives in a non-judgmental way. He looks out for his friend's happiness and well being, which is the mark of a good friend.

Situational Irony - It is