The Man of the House - Literature Notes 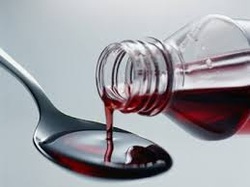 Frank O'Connor was raised in Cork and attended North Monastery CBS. He is an Irish author who has written over 150 works, but is best known for his short stories, one of which is 'The Man of the House'. He was born on September 17, 1903 and died on March 10, 1966.

http://www.goodreads.com/author/show/64199.Frank_O_Connor
http://en.wikipedia.org/wiki/Frank_O'Connor
SUMMARY
This short story is about a little boy called Sullivan who has a sick mother. Sullivan is initially unconcerned about his mother’s illness, and mildly pleased, because he got to stay home and play at being the ‘man of the house’. However, his initial delight changes to concern on the second day due to his fear that his mother has pneumonia. The second night and the third day are even more frightening because he had to fetch the doctor and travel to the North Dispensary to get her medication. At the dispensary he meets a young girl who tricks him into drinking, and sharing the medicine, with the result being an empty bottle to take home to his mother. Sullivan suffers extreme guilt as a result of this and goes home crying. His mother consoles him and forgives his childish misdemeanor.

THEME
Love & family relationship
This is shown in the relationship between the mother and her son. Sullivan is frightened that his mother will die of pneumonia, so, despite his fear, he enters a public house (pub) in order to ensure that she gets her home-made remedy, and travels to an unsavory neighbourhood in order to get her medicine. The mother is equally devoted to her son, as seen in her guilt over the fact that he has to take care of her. She is also very understanding when he succumbs to the peer pressure of drinking her medicine. She understands that one cannot expect a child to be a man, no matter how well he does at playing at being a man. Her love for her child is also manifested in the pride she feels when he displays the level of maturity akin to an adult.

Innocence
The fact that Sullivan does not recognize that his new friend is using him for a taste of his cough syrup proves that he is still an innocent young man, at least in relation to the ways of the world. Despite playing at being a man, he is still an innocent child. His reaction, after realizing that he was used, also points to his innocence. He reacts in the manner that any child would, he ran home crying.

O'Connor, F. 'The Man of the House' in A World of Prose, edited by David Williams and Hazel Simmons-McDonald. (Harlow, Essex) Pearson Education, 2005.