﻿The Day the World Almost Came To An End﻿ - Literature Notes 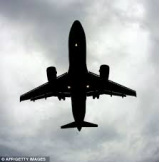 Pearl Crayton is a graduate of the University of the Pacific.  She was born on September 26, 1932 and died on May 22, 2010.  She published ten short stories, one of which is 'The Day the World Almost Came to An End'.

http://www.writers.net/writers/57061
http://www.thetowntalk.com/article/20100530/OBITUARIES/100529001/Pearl-Garrett-Crayton?nclick_check=1
SUMMARY
This short story was told from the perspective of an adult and chronicles the events behind a child’s (the adult narrator) belief that the world was about to end. The story is set on a plantation in Louisiana in 1936, where the church was the axis around which plantation life revolved. Despite this fact, the narrator was holding on to being a sinner because she believed that she could not ‘live upright’. One day, while she was playing, her cousin Rena informed her that the world was coming to an end. This was based on a conversation that Rena overheard, and misunderstood, about the eclipse. The hellfire sermons in church did not help to stem the narrator's mounting panic and she worried herself into a frazzle as a result. She had a conversation with her father about this issue and he tried to quell her fears, but unfortunately, he only managed to increase it with his statement that the world could come to an end at any time. The narrator spent the night conjuring images of dooms day, which led to her overreaction to hearing the rumblings of an old airplane. She ran out of her house screaming that the world was coming to an end. Her father caught her on the road and calmed her down. She appreciated life a lot more after that incident and lived her life to the fullest.

SETTING
The story occurs on a plantation in Louisiana in 1936.

Love & Family Relationship:
The love and trust between father and daughter is glaring. When the narrator/protagonist was worried about the world coming to an end, the first person that she thought to consult on this issue was her father. His response to her childish fears, in turn, highlights the easy relationship between the two. Daddy's care in covering his daughter after her mad dash through the turnrow is also an indication of the love that he has for his child.

Crayton, P. 'The Day the World Almost Came to an End' in A World of Prose, edited by David Williams and Hazel Simmons-McDonald. (Harlow, Essex) Pearson Education, 2005.