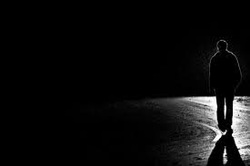 Langston Hughs was a poet, social activist, novelist and playwright whose work contributed to the Harlem Renaissance. He attended Lincoln University and Columbia University.  He was born on February 1, 1902 and died May 22, 1967.


http://www.biography.com/people/langston-hughes-9346313#synopsis&awesm=~oCc6P0q71jpbjb
http://en.wikipedia.org/wiki/Langston_Hughes
SUMMARY
Berry is about a young black man called Millberry Jones who is employed at Dr. Renfield's Home for Crippled Children. He was reluctantly employed by Mrs. Osborn, the housekeeper, because the Scandinavian kitchen boy had left without notice, leaving her no choice in hiring Berry. Her reluctance to hire Berry stemmed from his race, which initiated questions such as where he would sleep, as well as how the other employees would react to the presence of a Negro. She had a meeting with Dr. Renfield and they decided to hire (www.bulbsoup.com) Millberry on a reduced salary. He was overworked and underpaid, but took solace in the children whom he loved. An unfortunate incident occurred, however, where a child fell from his wheel chair while in the care of Berry. The result was that Berry was fired and given no salary for the week that he had worked.

SETTING
CHARACTERS
Millbury Jones (Berry)
Mrs. Osborn
Dr. Renfield
THEMES
Racism
This theme is apparent when Berry was being considered for employment at the Home. Mrs. Osborn was concerned about where Berry would sleep, implying that he could not sleep with the white servants because he was considered to be beneath them. His salary was also cut due to his race, and he was (www.bulbsoup.com) overworked, with no discussions of days off, 'everybody was imposing on him in that taken-for-granted way white folks do with Negro help.' (Hughes, 162). Even more importantly, when the unfortunate accident occurred with the child, there was no attempt at discerning what led to the incident, but blame was laid on the obvious person - Berry. As a result, he was relieved of his job in a hail of racist slurs.