Please note that the information given on this poem is not meant to replace any material given in the classroom setting. It is a very BASIC giude to enable a literal understanding of the poem. Metaphorical interpretations should be sought in the classroom.
slow down to pronounce each 't'. It is almost as if the persona is about to tell us, the
audience, a story.

3. REPETITION
The repetition of this particular phrase highlights the fact hat, whether in life or death, the athlete was respected.

5. SIMILE
A laurel is literally a plant with dark, green glossy leaves. This plant was worn on the head as an emblem of victory, or a mark of honour, in classical times. This plant is compared to the rose because it is said, according to the persona, to wither faster. On a figurative level, this could be interpreted as meaning that victory, as represented by the laurel, does not last.

6. OXYMORON
The contrast exists between silence being given a sound. This immediately draws the reader/ audience's attention, which, in turn, purposefully highlights the main theme of the poem; it is better to die before one witnesses their record cut. Silence is no worse than cheers when one can hear neither of them.

IMPORTANT WORDS/ PHRASES
7.'smart lad, to slip betimes away from fields where glory does not stay'
The persona believes that the athlete is smart to die before his record was shattered by some-one else.
8.'after earth has stopped the ears'
Earth, in this context, literally means the dirt that covers a coffin. Therefore, the athlete can hear  neither silence nor cheers when his coffin is enclosed by dirt.
9.'rout'
This word literally means an overwhelming defeat. The persona is, therefore, saying that the athlete will not become a part of the group of athletes that are defeated if he dies before his record is broken.
10.'wore their honours out'
This line refers to the fact that when an athlete outlives his record, he is no longer placed on a pedestal and adored. He has, therefore, worn his honours out.
11.'lintel'
This word is defined as a horizontal architectural member supporting the weight of an opening (window or door). In this context, the lintel is the supporting structure above the coffin and the persona is holding it up. This implies that the athlete will remain victorious in death.
12.'early laurelled head'
This line means that the athlete was victorious in his youth.
13.'and find unwithered on its curls the garland briefer than a girl's'
The dead will find that the athlete is still victorious, even in death. Therefore, the laurel, which signifies success and victory, will be fresh and unwithered on the athlete's head. 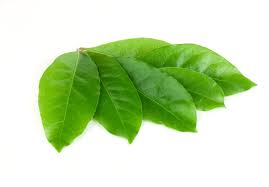 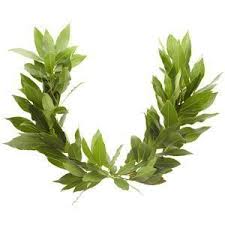 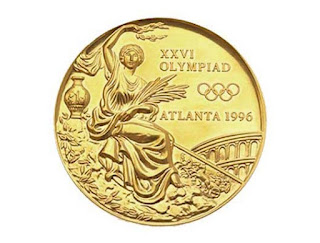 MOOD/ ATMOSPHERE
The mood of the poem is reflective.

TONE
The tone of the poem is reflective.