Please note that the information given on this poem is not meant to replace any material given in the classroom setting. It is a very BASIC giude to enable a literal understanding of the poem. Metaphorical interpretations should be sought in the classroom.
LITERARY DEVICES
1. ALLITERATION

2. ONOMATOPOEIA
The tap-tapping cane is a part of Le Brun's physical description. He appears to stand out, in terms of his physical appearance, down to the use of his cane.

3. PARADOX
This statement appears nonsensical at first, but actually makes sense in the long run. The loupgarou is, in fact, a man who is leading a half life as man and beast, so he is not really 'living'. The fact that he can pass on the 'gift' of becoming a werewolf clarifies the fact that Le Brun is actually 'licensed to sell sick fruit', or pass on his sick 'gift'.

4. OXYMORON
The words 'Christian' and 'witches', placed together, emphasizes the dual nature of the women in the village. They are good Christian women who mean no harm, but their fear of the 'difference' that they sense in Le Brun (contributed by his mode of dress), leads them to react in an unchristian manner, like witches, in dealing with him.

* IRONY
It is ironic that Le Brun's own watchman dealt him a lethal blow.

IMPORTANT WORDS/ PHRASES
5.curious
This word emphasizes the strangeness of the story that is circulated about Le Brun.

6.white linen-linen suit, pink glasses, cork hat (and cane)
This outfit would let anyone be seen in a crowd, or other wise. It emphasizes Le Brun's difference , hence, one of the reasons that he would be the focus of gossip. Imagine an individual dressed in the combination below: 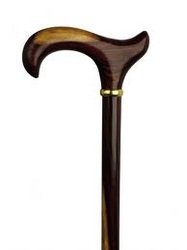 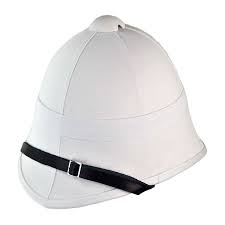 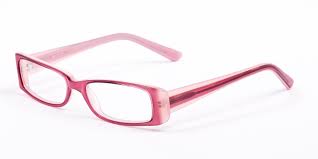 7.Alsatian hound, a slathering lycenthrope
This description of Le Brun displays the distaste that is felt towards him in his animal form.

MOOD/ ATMOSPHERE
The mood of the poem is one of annoyance.

TONE
The tone of the poem is sarcastic reflective. The persona appears to be simply recounting a piece of gossip.