﻿Please note that the information given on this poem is not meant to replace any material given in the classroom setting. It is a very BASIC giude to enable a literal understanding of the poem. Metaphorical interpretations should be sought in the classroom. ﻿ 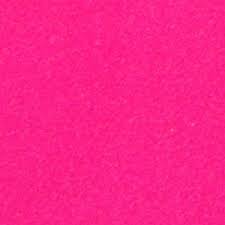 1.Last night, I dreamt
that Death came to see me
in hot-pink pants
and matching waistcoat too.
5   3.He was a beautiful black saga boy.
4.Forcing open the small door of my wooden cage.
He filled my frame of vision
5.with a broad white smile,
and as he reached for my throat,
10   2.the pink sequins on his shoulders
winked at me

1.Last night, I dreamt
that Death came to see me in hot-pink pants.
3.He was a beautiful black saga boy
15   and I hit him with a polished staff
of yellow wood,
and he went down.
But as he reached for me once more,
1.Laughing, laughing that saga boy laugh,
20   I awoke, holding myself,
unable to breathe.
6.How beautiful was Death
in hot-pink pants with matching waistcoat too.
Royes, Heather. 'Death Came to See Me in Hot Pink Pants' in A World of Poetry. Edited by Mark McWatt and Hazel Simmonds McDonald. Pearson Education Ltd, 2005.

﻿This is the OPINION of one individual, which might not coincide with the views of others.﻿
LITERAL MEANING
The persona is recalling a dream where death came to see him/ her in hot pink pants and a matching waist coat.  Death was a beautiful saga boy (Trinidadian term for dandy, player, hot boy) who who forced his way into the persona's life and smiled as he tried to kill him/her.  The persona tried to fight death, but death simply laughed at him, while still trying to kill him.  The persona then awoke, fighting for breath, and still reflecting on death's visit to him/ her in hot-pink pants with a matching waistcoat.

LITERARY DEVICES
1. REPITITION
2. PERSONIFICATION
Lines 10-11: This device adds to the whimsical feel that the poet is trying to convey about death.  It is contrasted with the line above it, however, that reveals the reality of what death really represents, terror and fear.  The overall effect of this is a morbid portrayal of death.  Death almost appears to be a horrific clown that terrorizes it's victims.

3. ALLITERATION
Lines 5 & 14: This device deals with the effect of sound, therefore, the sound of the 'b's brings a sensuality to the line. Despite the fact that death is lethal, there exists a sensuality about it/him that draws his victims towards him.  This is echoed in the fact that the persona seems fascinated by him, as seen in the last line of the poem.  Despite the fact that the persona struggles with death and barely escapes unscathed, there is still a fascination with this character that wears hot pink pants with matching waistcoat too.

IMPORTANT WORDS/ PHRASES
4. 'Forcing open the small door of my wooden cage'
The small wooden cage is the persona's life.  Death forces the small door of life open in order to take life itself from the persona.
5. 'with a broad white smile, and as he reached for my throat'
This highlights the viciousness of death.  It's/ his purpose is to take life and it strives to achieve its goals with a vicious pleasure, this death is not civil.
6. 'How beautiful was Death in hot-pink pants with matching waistcoat too'
Despite Death's cruel actions, the persona still finds him attractive and alluring.  This is a lot like an individual who has a dangerous profession where he/ she flirts with death daily, yet cannot give it up.

TONE
The tone is one of admiration and surprise.

MOOD
​The mood is one of fear.